Daniel Yuhasz   Apr 16, 2013 05:21PM GMT
It is a currency war. When interest rates even start to go up then the dollar will be in trouble. Silver will go up but there will not be much warning. When a wild animal is in trouble it fights the hardest. The catholic church may be in the same situation as the Dollar. Both will go down hard and stocks will likely follow. I expect the stock market crash to begin in 2016 and stocks will reach record highs in 2014 maybe 2015. The Elite is struggling to hold power and they can manipulate the markets and people are fearful and computers make trades faster. I expect a 50% or more correction In stocks then we can get back in the markets in 2017. The coasts will flood and there will be earthquakes to add to the problems. The next 2 years will be good for stocks but there will always be some volatility. Silver will be unprofitable for a year or so then in 2014 it should start to go up. Now is the time to accumulate real silver but don't buy on borrowed money or play the markets. Be careful with margins with stocks as well but there is money to be made. I wouldn't short silver either even if everyone else is. buy in small quantities on a regular basis and buy small denominations and be careful of Chinese fake coins. Constitutional silver is holding value pretty well in this bear run and can be hard to find at times. I think dimes would be a good way to go but even dimes are being counterfeited.
Posted by theyuha at 10:25 AM No comments:

I challenge you to watch 10 minutes of this video, if you do you will watch more. Are you interested in the Vatican buildings or Washington architecture? there is a spiritual significance to all of this.

Catholicism 3 masses in the Roman Rite of the Catholicv Church 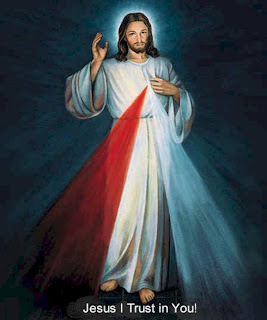 I grew up in Ohio in the United States in a Catholic or Christian home and community. The school was conservative but the church we went to was considered kind of liberal by some older people. Later in life I did question the new changes in the Catholic Church, in some ways my family was sort of conservative.  I was really shocked to move to Wisconsin and go to a church there and find out there was a whole different Mass that had been around for hundreds of years. In Lima we had been tought that the New Mass was the original Mass just translated to English. I was suprised to find there was not much in common between the 2 liturgies. They even celebrate feast days, days of saints, and other feasts on different days. They have 2 different calenders. The older one seemed obviously so much more meaningful and historic.  The new one seemed watered down and more like non- Catholic Churches. The devotion to things like the Blessed Sacrament and the Mother of God seemed more meaningful in the older rendition of Catholicism. I feel the Modern Church has de-emphasized important spiritual ways of liturgy and even lied about it in an indirect way. The more modern Priests tought us that the modern English Canon is simply a translation of the original Mass as given by Jesus Christ.(that the old and new  are identical except the latin language) they also tought us that we are to obay them and leave older practices behind. Until I came to Wisconsin I didn't realize there were in a sence 2 religions with the same name. I learned the Tridentine Mass which is the original Mass of the Council of Trent going back  around 500 years and I even served the mass at the alter. serving the Older Mass is much more involved than the English Canon.  In fact there are 3 yes three liturgies in the Latin rite of the Catholic Church.  There is the(1.) Tridentine Mass,(2.) the Novus ordo,(3.) and the English Canon . The English Canon is the Mass you observe in English since about 1973.Yes most Catholics and even many priests do not know that there are 3 Masses plus more in other rites! The" English canon" actually has 3 options for  cannons. The canon of the Mass is the unchangeable part of the mass--or rather it used to be until about 1973. the Novus Ordo is similar to the tridentine Mass but has some Vatican 2 changes in it  and ther are changes to the canon but there is one canon yet. Part of the Novus ordo is in Latin. If you want to see a rare example of this Mass go to St John Cantius on Carpenter Street in Chicago Illinoise. it is off Milwaukee Avenue near North avenue and is a very beautiful traditional style Catholic Church. The Novus ordo was in use from 1963 to maybe 1973. The Novus Ordo has been at St John Cantius at 11:00 am, they have the English canon at 8:00am and the Tridentine at Noon(Sunday). Make sure you have a pre 1962 missal to follow the tridentine Mass because it is all in Latin.(They have Novus ordo and English canon Missals there) There is only one place I have heard the Tridentine Mass in english and it does not appear like the English canon even a bit. This small church is on 23rd avenue in Necedah Wisconsin. The church is called Santa Maria Rosa Mystica, mass is at 10am on sunday and 8am on weekdays(all masses are tridentine, some are in English) The priest's name is Father Stanley Monaghan, the liturgy is very faithful to the spirit of the tridentine mass and is very devoutly done. Their Patriarch (Patriarch Athenasius) is in the Russian orthodox line and canonically is a valid Mass.(Fr. Stan is actually a Bishop there) The clergy at this small church fears being forced to give communion in the hand so they are afraid of being under the Bishop of Lacrosse. Since about 1970 the Catholic Church has apparently supressed the old Mass, the more time went by the more they supressed it. When I was a child we were never tought there was another whole religion that seems to have been swept under the rug. They tought us that the New English canon Mass is the Mass Christ used. I have heard priests in the Chicago suburbs say from the pulpit that the old and new Masses are the same except the latin language. I would say this is a total lie but they may actually not know any better. Most people have never seen an old missal- i challenge you to find one and get one of the new leaflet missals used today and compare the english side of the old missal to the current Mass. there is no comparison, many prayers are totally missing. I felt lied to.
I put the entire Tridentine( unchangeable parts ) Mass on the first page.  I used a 1950 Missal so I dont think Im breaking any copyrights. To read the text just click on the picture and it will enlarge.  I plan to insert the New Mass (English Canon) below each picture, I may type it in or use pictures. This is a work in progress. Until then just borrow a missalette from your Church and then take it back next time you go to Mass.

In 2011 the Catholic church plans to make changes to the modern Missal, it will take effect at the beginning of Advent.  here are some examples of changes:

" Lord I am not worthy to receive you, only say the word and I shall be healed" will be changed to

"Lord, I am not worthy that you should enter under my roof, but only say the word and my soul shall be healed. " This is identical with the Tridentine Mass translation i have on page 1.

Nicene Creed line change:  (“of all things visible and invisible”, changes to “consubstantial with the Father”)
Here is a catholic website showing the rest of the changes coming in Advent of 2011 shown beside the old words:   http://www.usccb.org/romanmissal/samples-priest-intro.shtml

I want to make a further point. We see that Jesus Christ gave us the Mass to replace the offering of animals such as lambs or doves for our sins. He felt offering up animals for our sins is not a good idea, in fact he threw out the moneychangers not because of coins but because of animal sacrifice, in fact i think He didnt believe in eating meat of animals at all. The Essenes have been found to be vegetarians based on no bones in their trash areas as well as writings, many early Christians were Essenes, Christ was an Essene as well, and outside sources show Christ as against meat eating. Early christianity was vegetarian until Rome entered the fold. We speak of the Hearts of Jesus and Mary, if you eat meat do you think the hearts of Jesus and mary approve of what is going on in the following video, if we continue to feed ourselves with this suffering the Mass will not do us a bit of good: